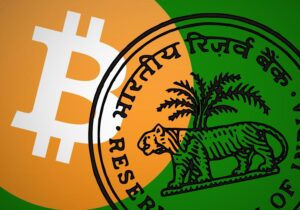 There was a time when most of the Asian countries were opposing the cryptocurrency formula and was not considering it as the best investment option. But as time passes, most people reconsidered their opinion about cryptocurrency after they know the Bitcoin hike.  And as per the records, it is stated that many of the Bitcoin owners are rooted in Asia! This is the worth of cryptocurrency!

Most of the cryptocurrency investment seems to be from Asians and many of the countries like Malaysia, India, Philippines, Vietnam, etc are on top of the list.

Talking about India, the fee of transaction in most of the exchanges are high and depends on the trades. Bitcoin is making an excellent hike at the beginning of the week and it might go beyond at the end of the week.

The advantages of cryptocurrency intensified people to consider it. Cryptocurrency is secure and not controlled by any particular government or other organizations. First-time investors may not be comfortable with this digital currency for its volatility, risk, and unpredictable dooms, etc. One should consider investing in this after getting deep knowledge about the same.

Let’s have some knowledge about cryptocurrency in India 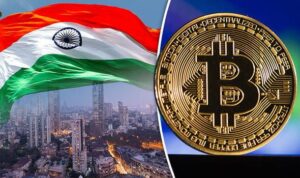 Crypto exchange knowledge is a must before you dive into cryptocurrency trades. The demand, supply, and market conditions decide the value of a cryptocurrency. The transaction fee is less when you consider the share markets. There are many crypto exchanges in India with different fee patterns which are the revenue for these exchanges. These exchanges will charge you 1% or less on your investment amount.

Not only the exchange fee, but you also have to go through the network fee too. The cryptocurrency works on a network called a blockchain. This has more computers connected which need maintenance expense. Each transaction should be monitored and recorded. Hence, they charge a network fee according to the demand.

Also, there is something called a crypto wallet where your digital coins are kept safe. Also, this is the one that helps the user to send or receive their coins. There might not be any fee but if you opt for it in crypto exchange, this might have a fee for handling the wallet.

A shocking point in the cryptocurrency market is that the age group of 18 to 34 years is investing more in cryptocurrency, which is around 40% of the total investment. This is because crypto-based companies are easily accessible.

The crypto apps have made a revolution in Indian villages where people get knowledge of cryptocurrency and add little by little amount from the crypto apps which can allow users to invest as low as Rs 100 in Bitcoin. Many of the youth find it easy and convenient to make money sitting at a place. More and more people adopting crypto in India and has over 15 million users!

According to a survey, it is said that India will lead the blockchain technology for cryptocurrency, and even the government is likely to involve in this too. According to the crypto experts in India, the crypto is sizzling hot in India now and many companies have come forward to market cryptocurrency in India. The pandemic environment is helping the cryptocurrency market to boom.

Growth in the cryptocurrency market is recorded from April 2021 to May 2021 which says it is 400% in a year! Even the Indian government is supporting the advanced technology revolutions and there is a possibility that it recognizes Bitcoin to be one of the investment sources in India.

After demonetization, more and more Indians trusted in cryptocurrency and came forward to invest in the same. After the dollar and yen, it is the rupee that is invested highly in cryptocurrency.

Most of the population in India is attracted to cryptocurrency because of the security it offers even though it is risky. But there are limitations for people to trust cryptocurrency.

There are no particular rules for tax on cryptocurrency which is confusing the population to take on this digital currency. Also, there is no regulatory body to look after the cryptocurrency transactions in India which might lead to fraud.

Also, Indians are concerned about the price volatility and the time taken to verify the KYC for wallet approval. In the year 2014 RBI had issued a notice on cryptocurrency against its trading. But as the technology advanced to the blockchain, RBI got interested in the same. Even though the government has not supported the cryptocurrency market in India, it has always welcomed the blockchain idea for the economic growth of the country.

Cryptocurrency experts wish that the Indian government will mend their regulations on this digital currency and come up with a favorable decision on the matter. A centralized system for crypto is in the argument, which is regulated by any personnel from the government.

Since the Internet is reaching each and every village of India, cryptocurrency has a high expectation of growth in the Indian market. Since cryptocurrency is a global phenomenon, RBI has a second thought on this to adopt. This modern technology is creating a high wave in the financial sector across the globe. This is why the number of cryptocurrency investors in India is increasing.

The promising future is ahead for Indians with the cryptocurrency world. We only hope that the Indian government will take a positive step towards this digital currency for the betterment of the Indian economy.