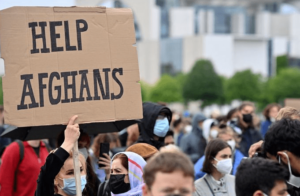 As we all know the situation in Afghan and is bothering every country in the world. Cryptocurrency might be the only relief for them now. We couldn’t do anything for them but watching the worst heart-breaking situations. Without knowing what is next for them, they just want to get out of Afghan. Clinging on the plane they tried to flee from there! Anyone could imagine what might be their condition to do so.

Speaking about the Afghan economy, it was stable and was accommodative. Even though they did not have any revenue from their own country, but were funded from international grants. But the aid was stopped once the Taliban took over Afghanistan. Due to the sudden happenings, everything has become upside down.

Afghans could not withdraw money from their bank account, not from banks or ATMs. They did not even have the option to operate other financial transactions like PayPal and such. Food prices raised and cash shortage has made afghan residents’ situation worst. People couldn’t even cross the borderlines to get further help.  The WesterUnion or Hawala system also had shutdown.

Can cryptocurrency be a ray of hope for these afghans?

Yes. Since cryptocurrency is decentralized, they can safeguard their wealth. The rich afghans believed in cryptocurrency and invested in it. This has given them a lot of relief to keep their hard-earned money. An alternative for the current financial system in the country which failed to secure their wealth and provide the benefits in the expected times.

The cryptocurrency did not help them to buy food in the current situation but has given them peace of mind for keeping their wealth secure. They still dream of a good future amidst this Kabul crisis because of cryptocurrency.

Before, afghan residents could accommodate themselves by lending money from others, but now nobody is in the situation to give out their money. Most of the rich afghans found Bitcoin to be their savior in this regard. Even though there was no one to educate them on Bitcoin, they made good research on YouTube and other sources and were successful in investing their money into it.

It is said that most of the afghans have researched about crypto and bitcoin in Google. This clearly shows their interest in the crypto world. But many didn’t have an option to invest everything in savings as they needed cash on hand in that situation to buy necessary things. 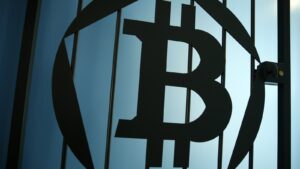 These are the good signs of crypto growing in the market as well as in the population’s minds. Blockchain technology also has made a place in the IT market of Afghanistan. The education of IT is such that the students were taught how to create crypto wallets and invest in them. This is a clear sign that blockchain is the future technology everyone should adopt.

In the ongoing education system, some of the students even started investing in Bitcoin and Ethereum for their future financial goals. It is also noted that many Afghans have transferred their money outside through cryptocurrencies.

Finance experts alerted the world on hyperinflation for afghanis which might result in total economic doom in the coming years. Crypto experts now want to introduce some ‘bitcoin standard’ to ensure afghanis’ authority. There are many on Facebook and other social media who are trying to spread awareness on cryptocurrency and ask people to adopt it for their financial freedom.

The uncertain financial situation has made crypto awareness rise among Afghans and other countries in the world. People show more interest in gaining more knowledge on crypto technology to secure their wealth. The bond between China and the Taliban can take the technology to the next step. The pandemic has invited terrorists to be more active on online sources to raise their funds. So, the new technology of blockchain can keep your wealth safe from these activities.

Will there be any impact on the India-Taliban financial trade?

Indian role in re-building Afghanistan and has invested into the country with many institutions. Afghanistan was a good market for Indian products and the current situation has stopped everything. Since the Taliban take over Afghanistan, the trade relationship between India and Afghanistan has came to halt. The occurrence of losses has made the Indian exporters stop investing in this country for now.

The current situation is not giving any opportunity for Indian exporters to trade with Afghanistan. Students in Afghanistan who were learning computers and basic programming on blockchain technology got a chance to attend the conference in Japan. This has the opportunity for those students to start investing in cryptocurrency which saved their wealth during this Afghan crisis.

Since girls in Afghan couldn’t get financial freedom, the cryptocurrency had made it their relatives easy to send money which is not reviling any identity of the sender and receiver. In February this year, schools had decided to fund the schooling with crypto and were entirely funded in crypto.

The electricity tower is already ruined by the Taliban’s and therefore, computer schools in Afghanistan fear that the Taliban take over can shut the Internet too in the country. But thank god the Internet is back but slow. Taliban might shut the Internet fully as social media is used by people who leak the current affairs in the country. Or they could block certain website access and virtual private networks. But every computer experts say they cannot do it as it is not so easy to do so.

The main question now is it is already doubtful that the Taliban even let schools or manage them. A separate working group should be formed in Afghanistan to talk about this with the Taliban.

Whatever is the situation, the crypto market is making its place in Afghan over the recent crisis and is becoming a familiar option for secure their wealth.