The traditional finance system is not keeping up with the pace of the rest of the world and this technology has become old now. This traditional system is taking more time and costs much to transfer money. As we heard, many governments are thinking of their digital currency these days. The idea behind this is to increase the efficiency of the current finance system and to lower the costs involved.

The fiat currency is getting a new form as Central Bank Digital Currency which is powered by the newest and most robust technology called Blockchain. This is the next-generation digital currency to adopt.

So, how does it work? 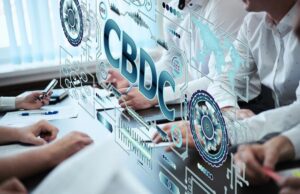 A central bank digital currency is a form of fiat currency released and regulated by the Government of any country. Each country will have a unique type of CBDC as per their regulations but all of them will be set up on Distributed Ledger Technology like Blockchain.

If any country is adopting blockchain technology, the currency will be in the form of a token. If we are thinking that this CBDC is the same as Bitcoin, we are wrong. These are quite different than any cryptocurrencies. CBDCs are only valid in the state or the country it belongs to, while cryptocurrency like Bitcoin is borderless.

This doesn’t mean that we cannot make an International payment through CBDC but Bitcoin doesn’t even know what the borders are. Most of the countries have already planned and are in the process of trial and error with their CBDC. While China is working on its digital currency project since 2014, the European Bank proposed a digital euro in 2020.

How to understand CBDC?

However, this might not be the norm of CBDC. There are no such public blockchains at present that can do the task with its technological means. Other than this, we really cannot outline the working of a CBDC since each country has its own way of design. The technology will be tailored according to the specific needs of each country. 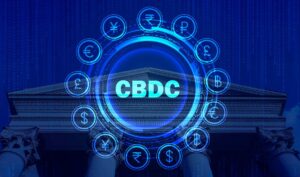 Banking the unbanked thing of Cryptocurrency is that one without a bank account can buy, sell, send, receive assets or money. We know that this relates to cryptocurrencies. But this saying is true in terms of CBDC and it can reach this goal, unlike decentralized cryptocurrency. Any legal user can get benefitted out of this.

The advancement of technology has made the money system easier to access and transfer. The fiat money infrastructure and the current financial system are quite dated and the money transfer takes multiple days.

In the last COVID pandemic time, the central banks have struggled to act faster than ever. CBDCs can help Central Banks to deal with such situations efficiently by implementing changes in the monetary policy more directly. This will potentially overtake the Central Bank working.

With CBDC, it is easy for governments and central banks to track down the illicit activity in the financial network.

There are mainly two types of CBDCs, Retail CBDC, and Wholesale CBDC.

Retail CBDC: It shows all the low values clearly. There are different payment instruments in the retail CBDC which can be used flexibly.

Usually, retail payments are done through cash, cards, or online transfers. These include clearing, settlement, and transaction processes. But in retail CBDC, the general public can make payments through two distinct forms, such as digital tokens and deposit accounts of a central bank.

The difference between CBDC and stable coins

When you see it, both look similar but the underlying functions make them different. The stable coins are lent by a private entity and it represents fiat currency or such asset. But they are not fiat money and can be redeemed for the value it represents. CBDCs are a type of fiat currency issued by the government.

How does CBDC differ from cryptocurrency?

As we discussed earlier, CBDCs are different from cryptocurrencies. CBDCs are issued by the Central Bank and are legalized by the government. You can take CBDC as Banknotes with a unique account and a means of payment that stores a value.

Cryptocurrencies like Bitcoin are quite different from CBDC. These are not from the government and they don’t bother about the national borders. There is no centralized system that controls cryptocurrency. Transacts in a highly secure network technology so that no one can blacklist your crypto coin address from sending from one to the other.

Now the question that arises is, which is the better one?

It solely depends on the use. One can send a crypto coin to the other without any middlemen. No one can censor the transaction here. But it has disadvantages too. Once you send the coin, you cannot revert it which means you should be careful with the sender’s address.

Concluding with all these matters, we can say that CBDCs are fiat money in the form of digital tokens. These would be secure as most of them would implement them on blockchain technology. Also, these are compatible to make digital payments.