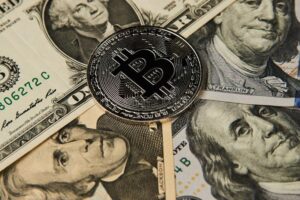 The dollar was fluctuating since 1973 and has moved below the base value now and then. The increased supply of the dollar also could not raise its value.

Why the fiat currency value is fluctuating?

Even if the fiat currency circulation is high, the value is not increasing.

There may be some reasons. Let’s discuss. The other currencies in the dollar list have also increased their money supply. A country wouldn’t be in a good financial situation if the money supply is constricted. If done, the value of the currency will go up and it’s difficult for the exporting companies to deal with. This will make interest rates hike which can result in poor economic growth.

Other currency values are not high as dollars but are going up constantly which is why the dollar is in fear of losing its value.

If the demand is not high, the value of the currency will decrease and cryptocurrency has high demand which is why its value is increasing constantly. The sources of the demand for dollar and cryptocurrency are different. In c cryptocurrency, demand is due to the belief that whatever we have invested will be bought by someone for a higher rate one day. The demand for the dollar depends on the transactions done by the and the global trade is conducted primarily through dollars which is a proxy for its demand. If the demand of the dollar and the supply are in a similar amount, the value will remain constant.

Now the question is, if the dollar value is not decreasing, then how the cryptocurrency is a threat to the dollar? 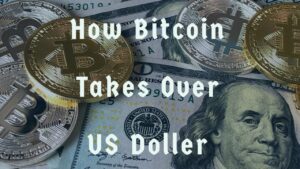 The dollar will not lose its value in the market soon. So, how it is then related to cryptocurrency? There is no mere comparison between the dollar and cryptocurrency. Cryptocurrency is used for investment purposes whereas the dollar is commonly used to buy and sell things in our daily life.

But as the name suggests, crypto is also a currency that can be used to buy and sell things. But why would anyone use it for this purpose when you will get more value for the same currency tomorrow? It is valued more than Gold and other currencies.

As the computer revolution has taken place, the decentralized system had a great move and so the cryptocurrency. Globally, the cryptocurrency has made its own place on the internet by its blockchain technology which is revolutionary. It has become a global financial system where people can trust that they can get more than dollars or gold. The incredible beginning of cryptocurrency has shaken the fiat currency world.

Not only that but few of the top countries have more understanding of cryptocurrency and have given it a higher position than any other physical currency. The fascinating development of cryptocurrency has made people around the world talk about it. Cryptocurrency is not affected by any monetary policies of government banks. This advantage has given more value and power to cryptocurrency.

It is said by the financial experts that the 2008-09 recession was just a warm-up, the bigger is yet to come. The US dollar is in its place because of the global support of the U.S. military but there are clear signs of changes. The other reason for the fall of the dollar is probably the BRICS development bank which is holding 40% of the world’s currency reserves and people.

In July 2021, the BRICS nations (Brazil, Russia, India, China, and South Africa) have announced that they will not use dollars to transact in trades. The US has not much to say about it as they can’t help it. Before the establishment of this new bank system, these countries were on bilateral trade agreements which are dealing with international trades without using US currency.

The move of the federal reserve bank to print more money has debased the value of the dollar which made them not increase the interest rates which could lead to economic collapse. This bank is mainly dependent on monetary life.

The US is defending the dollar by showing the inflation and deflation numbers to a certain level, but many countries have abandoned it. This is the reason why the media or the government focuses just on the fall of Bitcoin to cover up the collapsing value of the dollar.

So now you can obviously sense the matter and let yourself know what is important for you now.

Does that mean we should stop using this inflated currency? Well, No. Even we have advanced computers, we still use typewrites for some doings. People who don’t dig into the internet to find the real value of a dollar would still use it until they get zero out of nothing.

Now you come to know what is a dollar and a Bitcoin. This cryptocurrency is not meant to replace the country currency but it is so designed that it can be a world reserve currency one day.