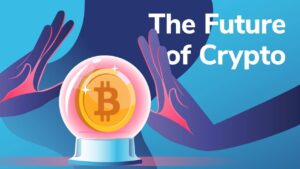 Cryptocurrency is a popular word globally these years and people are concerned about the traditional money system. Although people desire to use cryptocurrency, they lack knowledge of cryptocurrency. People are less likely to know how it is being used and what mistakes they are making while investing and what is the future of it.

The risk behind cryptocurrency also has made consumers push back from it. Those who knew about it and invested in it, have set themselves back from it. It was technically too tough for them to understand.

Some say it’s volatile and some need time to be stable. Some think cryptocurrencies are not going to stay forever and while others think it is not worth putting their valuable time behind it.

The vulnerable nature of this technology has made people think that it is not trustworthy and is simply a hurdle. Some after seeing the success of Bitcoin, have come forward to understand its technology.

Some people are scared of those fraudsters who hack and attack exchanges. Some fake e-money applications attract people to invest their hard-earned money and get in the fraud loop.

Why you should consider cryptocurrency?

Yes, cryptocurrencies cannot be used as our traditional physical money. Because it is digital and centralized. Not only to grow your money, but you can use them to buy and sell things.

When the Bitcoin cryptocurrency was introduced in 2008, it had no value. Now you know what Bitcoin means! People are rushing to invest and have Bitcoin with them and are keen on knowing more about cryptocurrencies. The popularity of cryptocurrency has drawn the attention of even common people.

Technology these days has changed the thinking of common people and digitalization has even reached the city to villages. The huge success of the internet has made people know more about digital currency.

‘No more cash’ slogan has become the success mantra for many. People read and take advice from their financial advisors on cryptocurrency. The advantage list is big compared to the physical currency.

Let’s discuss the future of cryptocurrency 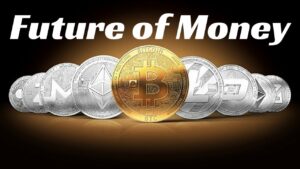 Some people are in favor of cryptocurrency while some see it as a criminal activity. Many crypto activists opine that by 2030, 25%of fiat currencies will be replaced by cryptocurrencies that are easy to transact. The important thing that we should know is that cryptocurrencies ensure our privacy. This will keep the hackers away. The value might fluctuate as it was in the past, but more and more people start believing in it in the future to achieve financial freedom.

In India, RBI has released statements for consumers that cryptocurrencies are not supported by the Central Bank. Also, it is said that the investment in cryptocurrency has its own risks. These concerns were often repeated by RBI.

Despite RBI statements against cryptocurrency, people tend to invest more and more in this digital currency. Now in India, different types of cryptocurrencies are emerging like mushrooms. Finally, the Supreme court has shown a green signal for cryptocurrencies in India. But has instructed all the companies to disclose their crypto investment. Finance Minister supported the new technology in the finance sector.

The Indian government is going to take further steps in creating its own virtual currency to take advantage of the blockchain technology which is secure compared to fiat currency.

More than 7 million people have invested in digital currency in India and the market is growing rapidly. Since there are only 21 million Bitcoins, the demand for them is rising day by day which is why the value of the coin is increasing rapidly.

Only the turbulent status of the virtual currency is creating fear in the minds of people, otherwise, people are more interested in investing in it for financial freedom.

The new committee created by the government to control the crypto wave is expected to take positive action against cryptocurrency in India. This will surely lead the money market to reach greater heights.

For people who are in countries where the national currency is weak, these cryptocurrencies will help them invest more rather than local stocks and mutual funds. Experts opined that cryptocurrency is a viable solution for an inflated market. The Bitcoin success has made the cryptocurrency highly expected money matter. Bitcoin is facing many challenges and the future of crypto will depend upon its success or failure.