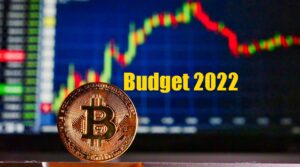 India is finally taking a step forward to adopt cryptocurrencies. This is after an indecisive situation arise last year of banning digital assets. This step was taken because of the global trend of digital assets and Bitcoin is in gain.

The Union Budget was presented on Tuesday, February 1, 2022. In the Budget, the finance minister said that she lay a foundation for all the great economic vision for India. Also, she said it is a blueprint for the economic growth of India for the next 25 years.

Also, this year the nation would be focusing on the launch of digital currency by the government of India. This is probably happening soon, the date would be April 1, 2022. According to section 115BBH, the transfer of virtual assets will be taxed at the rate of 30%. The income will taxed be as per the current existing slab. It would be a little disappointing for crypto users. However, the no ban on cryptocurrency is a piece of great news.

The idea behind the new digital currency from the government is to embrace the new technology to make efficient transactions. The sharp tax rate on crypto-assets can discourage high-rise trades in India which might be a risk of terrorist financing, price volatility, and laundering.

Yes, we have a 30% tax on the transaction of digital assets which means that there is no ban on cryptocurrency but is official now, said a CEO of cryptocurrency exchange. He also mentioned that this relatively high tax would make traders go for new platforms abroad which might cut off the revenue for the Indian government. Since there is no mention of banning crypto in India, Bitcoin rose to a 2% high after the announcement of taxation. According to Finance Minister, the increase in digital asset transactions has made them take those transactions under a specific taxation regime.

In India, the high dependency on cash has made the government launch the digital rupee which is crucial for efficient currency management. RBI is working on the strategy for the implementation of this digital currency. This is might be because the government has previously planned to ban all private cryptocurrencies and now this is why they are imposing a tax of 30% on private digital currency transactions.

China has already begun the operations of its Central digital currency and planned to roll out digital yuan for athletes at Beijing Olympics. Few more banks like the US federal and Bank of England are also on their way for such possibilities for their economy.

The Union Budget 2022 also discussed the losses incurred when transferring digital assets which are not set off against any other income. Also, above some threshold, the crypto transactions will have a tax (TDS) of 1% at the source. If anyone wants to gift a virtual asset, it should go through taxation.

The underlying technology has made the Indian government keep private cryptocurrencies but under taxation of 30% on its transactions. And, roll out their digital currency. This clearly says that government wants people to use the government’s digital currency rather than the private ones.

According to many crypto experts, this taxation move by the government is a positive sign to legalize cryptocurrency and Non-fungible tokens across the country. So, this brings clarity to the marketplace but most of them are not happy with the decision.

According to a CEO of crypto exchange, the taxation decision might not bring happiness to everyone but it gave transparency to the ecosystem on digital currencies for investors and exchanges. He also added that this new stance towards digital assets will bring a new era of growth and innovation to the country. Because there was always a dilemma on cryptocurrency regulation from last February till this year.

Let’s see how this tax works

According to the taxation section, the income you get from the crypto asset will be taxed at a rate of 30%. For example, if you are buying Bitcoin worth Rs 1500 and selling somewhere around Rs 1700, here the income is Rs 200. For this Rs 200, you have to pay tax at a 30% rate which means you have to pay Rs 60 as the tax amount. The same applies to NFTs.

What would be the impact of this taxation on the Crypto market? 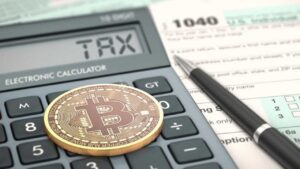 According to the crypto exchange experts, to have maximum profit out of crypto after taxation, they might have to invest it for a long term than high-volume and low-volume trading. This change might have a bad impact on the crypto market. Because many of the crypto exchanges have spent a lot on the advertisement and they have more customers attracted to invest as low as Rs 100 in crypto.

The government authorities know that crypto transactions have on the rise. This is why the government has implemented this taxation to safeguard people from their risky crypto interests. According to crypto experts, now only the serious investors will be on the platform and the rest of them will end it here.

However, the budget did not mention anything about crypto mining and staking. This 30% taxation is only for buying and selling process of the cryptocurrency. This means that miners do not have to pay the tax unless they sell or convert it to fiat currency.

So, all these factors have made stakeholders unhappy with the hiked crypto tax which is going to discourage investors of crypto assets.  According to crypto enthusiasts, the step taken by the government is not to promote the technology or crypto, but to prevent crypto.