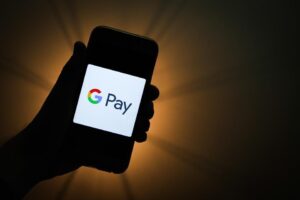 These were rumors so far, but now these rumors are a sign to be a fact. According to Google’s president of commerce, Bill Ready, it is a bigger strategy to expand the financial services including cryptocurrency. Earlier in October Google has discarded the Google Plex project. This indicates that it is going in some other direction with a future venture plan.

The Google plex was a big project to build a digital platform for checking and saving services. They even had hired eleven banking partners for the project. Eventually, Google let go of this plan and worked on a secret project with Google pay. The rumor of cryptocurrency joining the Google pay platform strengthened after Google employed Goldberg for his Google pay system project.

Under the guidance of Shivakumar Venkataraman, Vice president of Google engineering, it is creating a dedicated team for building blockchain technologies on its financial platform. According to confirmed reports, Venkataraman is heading the Labs, which is a division of Google to handle virtual and augmented projects.

So, collecting all the points here, it is assumed that Google pay will open a path for cryptocurrencies like Bitcoin and Ethereum. If this happens, Google pay will play a major role in the financial services of the entire globe. PayPal and Coinbase are already accepting cryptocurrency transactions on their platform outside India.

What is its effect on Android technology?

This move of Google will give support to android systems for cryptocurrency. This will make the process of managing crypto finances easy and give infrastructure stability to the user. Google is much interested in cryptocurrency these days and might create a separate app to enable it on their platform or can use the Google pay app itself.

The tech giant is going to excite the world with its future speculated move with Bitcoin and Ethereum crypto market. But these crypto services through the Google app apply only to the US market. When this happens, the blockchain technology will be used for several integrations by Google. Many payment gateways offer crypto payments. This is why Google might work to develop more innovative stuff with blockchain. Many countries are thinking of releasing their digital currency these days. There is no surprise if Google comes up with its own crypto coin in the market.

So, all you need to do is to stuff your cryptocurrencies on the apps like Robinhood, Coinbase, or PayPal. Then you can buy or sell through your Android mobile device.

To this extent, if cryptocurrencies grow, then we could say that the future of cryptocurrencies is bright. A few years ago, many corporates rejected cryptocurrency and dismissed blockchain technology. Some of them were in the line to frighten the public saying cryptocurrency is a scam. Most of the people looked at it as a pyramid scheme which almost fails in every case.

Today the total tune has changed. There are more than 8 million retail investors in cryptocurrency. Many companies in India and abroad have embraced cryptocurrencies. The cryptocurrency industry has a cap of $1.5 trillion now. Companies rush to gain a stake from the cryptocurrency market and create platforms to grow with this digital economy.

Why did people take so much time to understand crypto?

A pyramid scheme is a business model which hires people with the promise of payments and asks them to enroll others into the scheme. But in the cryptocurrency thing, people rush to embrace it after Bitcoin has become the pioneer of the crypto market.

Lack of understanding the blockchain technology and crypto has made people go away from it frightened by the risks involved. It is maybe because crypto and blockchain technology was a very small and sophisticated niche of the financial market. Companies had no idea how this revolutionary technology can be a reason for the sustainability of their brands. Moreover, the governments were constantly threatening the crypto industry with the regulatory law.

The Central Bank of India has secured the banking industry with the legal decision to stay far from cryptocurrencies. But due to the intersection of the Supreme court, this ban was reversed. Even then, the clouds of fear of the cryptocurrencies ban in India have kept all companies in wait-and-see mode. Less knowledge is supplied among people about the working of cryptocurrency across the borders, like payment transfers. Also, no knowledge of the inflation effect and how it stamp out corruption.

Most of the shareholders of the companies are convinced that cryptocurrencies are a lot risky and bad. This has made corporate leaders difficult to introduce cryptocurrency services in their companies.

How things have changed? 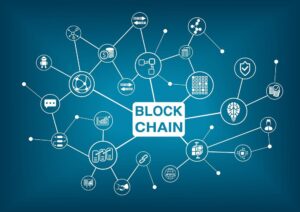 As we see, more and more companies are adopting the crypto market for their business growth now. The misinformation led all the truths and facts to triumph. Few of the startups embraced cryptocurrencies and they worked well for them. The efficiency the crypto has brought into the company has made the business leaders look beyond their misinformation. These businesses are researching well on crypto and understand this new technology which has brought a positive impact on the corporate world.

After seeing the crypto potential in the corporate world, the regulators have come forward to welcome crypto technology. For example, the Reserve Bank of India had banned cryptocurrencies a year back. But now they are thinking of releasing their own digital coin. This means that the world is believing in the crypto market and its sustainability in the country.

Overall, cryptocurrency technology has made everyone turn into it and grow with it. We hope Google pay with cryptocurrency transaction soon spread all over the World and the world grow into success.