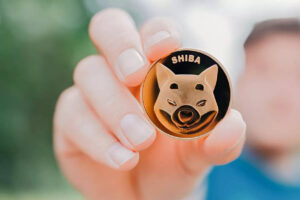 The Shibu Inu coin is in the limelight for one or another reason and right now in its all-time high price. Now it overtook Adani Enterprises, Tech Mahindra, Tata steel, and HDFC Life in India.

This time the coin is proving to be an excellent choice for investors. You will learn more about the coin in this article which I am sure can give you the exact picture behind the Shiba Inu.

Through a large retail community, hope and, sentiments, the price of the meme coin, the Shiba Inu, is rising rapidly and is driving more volume than Bitcoin on all the top exchanges out there.

A large number of Indian investors have contributed to this price rise of the Shiba Inu coin.

Within the Shiba Inu system, it is an experiment by a decentralized, community-build cryptocurrency. Like many other cryptocurrency coins, Shiba Inu also build an Ethereum blockchain network. It was introduced as a rival for Dogecoin and later named a meme coin. The rise of this coin is overtaking the Dogecoin market.

The literal development of Dogecoin and the Shiba Inu 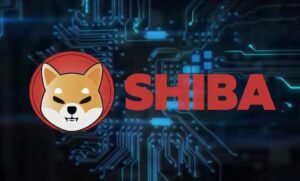 What made the Shiba Inu coin to be in limelight?

Out of many reasons, there are two main reasons for the popularity of this Shiba Inu coin.

Elon Musk, the founder of Tesla, had tweeted that he want to adopt a Shiba pup and that has hyped the Shiba Inu price by 300%.

The founder of the Ethereum Blockchain network, Vitalik Buterin had donated nearly 50 trillion Shiba Inu coins for the covid relief fund of one of the Indian entrepreneurs which have made the coin price go up by 40%.

Where can you find Shiba Inu coins? 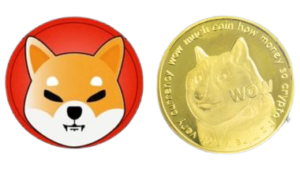 What may be the future of Shiba Inu coins?

We could predict the Shiba Inu coin as a buzz as the popularity of this meme coin is increasing drastically among people. This is why people are interested to participate in this future bright coin.

According to a popular crypto exchange, the price of the Shiba Inu coin will rise again. The active buyers can help this coin to raise its value. It is predicted that the value could rise more due to active buyers. In the future, the large investors in the market can contribute to this coin although the coin is now not at a significant price.

The NFTs from the Shib ecosystem has been sold out and promised to release other packs soon. The main vein of the Shiba Inu coin, Dogecoin, is also up and both are quite volatile.

The Shiba Inu coin is in 11th place among all cryptocurrencies which means two meme coins (Dogecoin and Shiba Inu) are on the top lists. This is why we cannot neglect a meme coin. 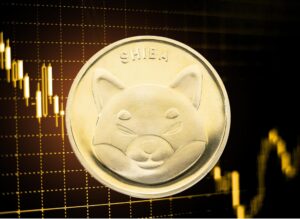 The Shiba Inu coin will have its decentralized exchange, known as Shibaswap, soon. While Bitcoin has a limited supply, the Shiba Inu is designed for abundant supply and the circulation is 1 quadrillion. If the buying speed of this meme coin doesn’t stop in two days, it might overtake Dogecoin.

Dogecoin is the oldest meme coin and has the highest market cap. But this Shiba Inu meme coin is making its place for itself in the market. The Shiba Inu followers wish the coin up and away to the $1 mark even though it is facing the uphill task with its current price.

Shiba Inu coin was struggling to get its place in the crypto market since this summer. The community of this meme coin has contributed to seeing the worth of the Shiba Inu coin.

This September the transaction volume of this coin raised to $20 billion and October saw the price skyrocketing by shedding the zeroes from its valuation. As the trading volume of the Shiba Inu coin exceeds the $9 billion thresholds, the coin is reaching its all-time high value.

This price hike is making the Shiba Inu a legitimate ‘Dogecoin Killer’. The #ShibaArmy is trending on Twitter now after the price rise again this morning. Many users rushed to update their profile images with the Shiba-logo pictures.

It is time to wait for that moment when it overtakes Dogecoin which is the 9th largest crypto coin. As per many big bull crypto exchanges, the Shiba Inu can double the value before 2021 ends. Many see that the coin has more fuel so that it can reach its highest peak in the coming year.