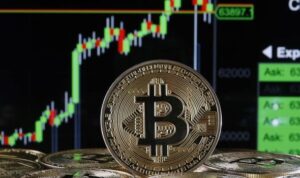 As per the WazirX crypto exchange, today’s Bitcoin price is Rs 48,58,000. It is dominating by 44.23%. Even though the current cryptocurrency prices seem to be down, Bitcoin is making its place by gaining 44.23 percent of dominance. Ethereum, the 2nd largest crypto, had reached its peak on Friday as Bitcoin was at a low.

Ethereum was at its high since September lag and many of the cryptos have also sharply risen these days. South Korean ‘Squid Game’ is making noise in the crypto market as it released its brand cryptocurrency which is in gain by 2,400 percent.

This coin began its pre-sale on October 20 and was sold out in 1 second as per the claim. It was a Squid Game project exclusive coin that will a part of the crypto ‘play-to-earn’ tournament which will launch in November this year.

The co-founder of Apple, Steve Wozniak has warned that the governments will never allow the cryptos to go out of their control. According to him, if Bitcoin reaches its highest and the transactions are too much, the government can observe and take it under taxation.

Bitcoin has no creator and does not run by any company. It is pure mathematics through blockchain technology that is as natural as nature and humans cannot go over it. The Crypto market will change the perspective of the current business scenario, he added.

Crypto’s anonymity nature itself is a great blessing for people who do not wish to come in limelight.

Where will Bitcoin be by the end of the year 2021? 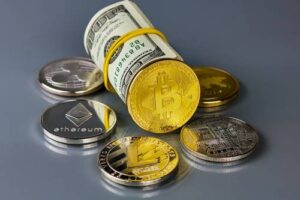 The rally of the coins high and beyond are in fashion these days which is creating enthusiasm in investors. Bitcoin, when it was in the highest record, it has seen the fastest 21-day advance.

The environmental impact was such that despite the criticism, digital money continues to advance. Even it has overtaken the regulator’s toughest measures against it. At the end of the year 2021, the experts predict that Bitcoin might reach an average of Rs 71,15,877.31.

Contrary to this, few other panelists predict Bitcoin to go below Rs 44,95,800. The lowest prediction maker was Lee Smales who is the associate professor of Finance at Western Australia University. According to him the price of Bitcoin at the end of the year would be as low as Rs 18,73,250. 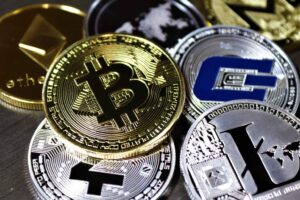 The Bloomberg Crypto report proposed some predictions about Bitcoin. Instead of a decline, the chances of rising to Rs 73,40,000 by 2021. According to Bloomberg, not only Bitcoin but the entire crypto market is going to rise in the future.  The same will be true for other cryptocurrencies like Ethereum.

One of the Billionaire venture capitalists Tim Draper predicts that the price of Bitcoin will reach Rs 1,83,50,000 by the end of 2022 or early 2023. The last prediction by Tim Draper was successful and this is why the current prediction has gained more value.

Tim says the price of Bitcoin is going up by 2023 is because at that time the Bitcoin transactions will be more. Major companies like PayPal, Starbucks, Home Depot, Microsoft are indirectly accepting Bitcoin payments, through a third-party digital wallet.

Ethereum is the second-largest cryptocurrency which has grown by 854% which is more compared to the Bitcoin growth. Due to the ETH 2.0 upgrade, Ethereum is considered to be the strong bull in the industry. The upgrade is expected to be a significant component for the expansion of decentralized finance (Defi).

The 2022 ETH upgrade will include a proof-of-stake system that will make sure to provide security, reliability, and efficiency to the assets and investors.

Now let’s talk about Litecoin. The market cap of Litecoin is $9.2 billion and this coin is considered to be the most valuable crypto. Litecoin is one of the old digital currencies in the market that is created in the Bitcoin blockchain.

Litecoin is an open-source decentralized cryptocurrency just like Bitcoin. With Litecoin the transaction speed is very less, that is, 2.5 minutes whereas Bitcoin takes 9 minutes. Due to its unique features and value, it has a long-term case and the performance will take time to outperform industry titans.

The growth of NFTs has taken the crypto world to the top in the finance market. There is a gold rush for the NFTs to make a profit out of it. The big bull’s run with the NFTs has driven the popularity of the coin.

Through NFTs, art events have become more accessible to a wide range of audiences that have drawn the attention of the respondents. They believe that it is all due to the pandemic situation.

According to crypto savvy,’ NFTs have a long future and will be the mainstream. Also, these crypto experts opine that it is not the best time for retail investors to dwell in NFTs.

It is said that Bitcoin will continue its growth considering the last few months of it. Bitcoin futures ETFs will be out by a few investing firms like Invesco, Galaxy Digital, and VanEck who have filed with the SEC. Bitcoin bulls are awaiting this bitcoin future ETFs for a long time because they believe that this will make crypto buying easier for investors.

The predictions all point that the crypto future is bright!