It’s been quite a time that we know that the Indian government is going to decide on Cryptocutrrencty regulations in India. The Bitcoin scam in Karnataka politics also triggered this issue and the investors were eager to hear the decision. Finally, cryptocurrency regulations have been put in place. These relieved those lakhs of investors in India and pushed them to expect more out of it.

Indian government’s view on cryptocurrency has evolved as it is going out of the law. Many finance experts opined to impose some strict rules over cryptocurrency as there is a threat for the middle class and poor class to lose their savings on it. The finance ministry may come up with legislation to regulate these digital assets. Amid these developments, it is reported that the government may bring cryptocurrency Bill in its Winter Session of Parliament.

The Indian government has given a green signal for cryptocurrency investments in India but with few regulations. The debate forum has put certain aspects before the Government to consider it to be a legal tender in India. The debate was picturing if this digital currency is treated as a payment method or as a property holding. Last week, a meeting was held with the Prime Minister of India to discuss the future of cryptocurrency amidst the unregulated crypto market which is a threat to the Country’s financing. According to the Parliamentary Standing committee on Finance which met crypto-representatives predict that this digital currency won’t be on a complete ban but with regulations.

What may be the future of cryptocurrencies in India?

RBI was against the acceptance of cryptocurrency from the beginning as it was concerned about the potential risks involved in it. Shaktikanta Das, RBI governor opined that India must have a close discussion on cryptocurrencies. He said, the central bank also warned about the financial stability concern, and not only this but there are many other deeper issues.

All currencies except issued by the state are to be banned, an inter-ministerial panel recommends. The Reserve Bank has repeatedly shown its strong views against digital currency. Currently, there are no rules or bans on cryptocurrency in India. The Union government has yet to take the action on cryptocurrency after consulting industry experts, officials, and ministers.

The journey of cryptocurrency in India 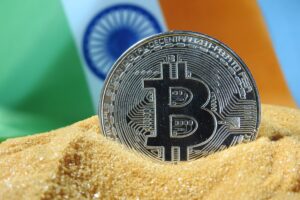 In November 2017, there were two appeals from two persons in the court, one person to ban it and one more to regulate it. Then a committee was formed to check on the issue and take action. In December 2017, the RBI and the finance sector stated that cryptocurrencies are like Ponzi schemes.

Suddenly in April 2018, the RBI prevented banks from dealing with cryptocurrency. Crypto exchanges lost their values. Trading fell by 99% in August 2018 and 95% of jobs disappeared.  In May 2018, many of the exchanges filed a petition in the Supreme Court for their existence.

The finance committee of India submitted a report where it recommended banning private cryptocurrencies in India. In March 2018, the Supreme Court stood with the crypto and strike down the RBI’s banking ban. The Supreme court said although cryptocurrencies are not regulated, it is not illegal in India. Crypto exchanges flourished at this point and the Bitcoin price jumped up to 700%. However, the voice for the crypto ban didn’t stop.

In January 2021, the Indian government took the cryptocurrency market seriously and said to pass a bill on digital currency. Also, it mentioned banning all private cryptocurrencies. Now, this was the second threat for crypto investors in India.

Cryptocurrency works on an innovative technology called blockchain and is used to buy or sell products online. Through cryptography, it works. A DLT (Distributed Ledger Technology) is used to record all the transactions in the cryptocurrency market. This entire ledger (database) containing all the list of transactions that happened in cryptocurrency is called a blockchain. Each data in this is known as a block and is bonded with other blocks through cryptography.

This means that cryptocurrency runs on decentralized control. Since the blockchain is publicly viewable, anyone can check the maximum balanced account and can hack it. These risks have made the Government re-think regulating this digital money.