Reliance Jio and Reliance Retail launched a new e-commerce platform called JioMart back in December 2019. Earlier this year, with Facebook picking up 9.99 percent stake in Jio, the company announced WhatsApp integration for JioMart. This enabled users to place orders directly from JioMart using WhatsApp. Now, the company has launched a dedicated app for its e-commerce platform.

The company has launched the app for both Android and iOS, and it’s now available to download. The app has been released a few days after the 43rd Reliance Annual General Meeting, where Mukesh Ambani revealed new plans for the JioMart platform.

JioMart app: what is it? 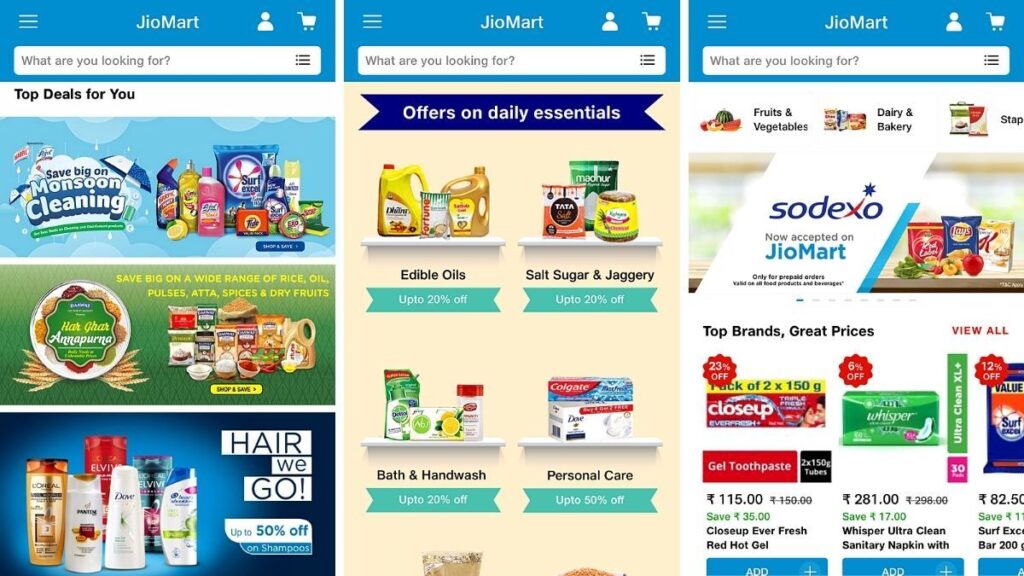 The Reliance JioMart app is the extension of JioMart e-commerce website, where the brand has a catalogue of over 50,000 products in the grocery and daily needs categories. With the new app, customers will be able to browse and shop directly from their smartphone.

As of now, the JioMart app is only offering groceries and daily needs items, However, Mukesh Ambani had announced that the platform will expand to electronics, fashion, healthcare, and pharmaceutical categories as well. At the AGM, Ambani claimed that since its expansion in May, JioMart has witnessed an average of nearly 2,50,000 orders in a single day.

JioMart was initially launched in select cities in Maharastra in January, and was expanded to over 200 cities including Delhi, Bengaluru, Chennai, Kolkata and more in May.

JioMart app: how to use it

Android users can download the app from the Google Play Store and iOS users can do so from the App Store. Once installed, the interface is the same as that of any other e-commerce website. JioMart users can browse through the catalogue, add multiple products to their cart and use their preferred payment mode to place the order. The JioMart app supports net banking, credit/debit cards, Sodexo for food products, ROne loyalty points, and cash on delivery.