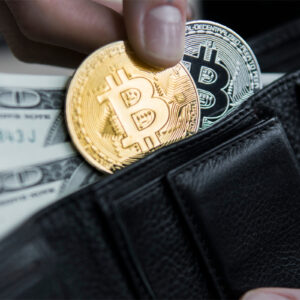 The inventor of Bitcoin, Satoshi Nakamoto, had an intention to use it as a payment mode for daily transactions. The idea behind Bitcoin was to decentralize the money system of government agencies and to process the transactions quickly. Now everyone is questioning if it has failed to keep its promise or not. We can see only a few daily transactions taking place using Bitcoin through a medium of exchange.

But the idea of creating a decentralized currency had great appreciation from all over the world. Due to its latest technology, the lightning speed network of Bitcoin can keep up the promise. More and more companies are interested in Bitcoin now due to its recognition and technology. We can buy so many things using Bitcoin these days.

In India, only a few places where they accept it as a payment method, but should see what happens after the cryptocurrency bill from the government.

What are the advantages of Bitcoin payment? 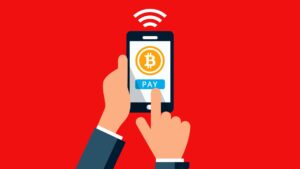 Bitcoin, as a payment method, offers unique advantages to the users. Before jumping into the advantages part, we should learn how Bitcoin was designed and its principles.

Bitcoin is a decentralized, P2P digital currency that can process transactions through digital units by the exchange. Bitcoin was launched in 2009, which was intended to replace the government fiat currency like dollars or euro and to replace gold and silver coins as means of investment.

The main attraction of Bitcoin is its decentralized system where you only can control your assets rather than any middleman agencies or government banks. It is the main difference between fiat and bitcoin. The fiat currencies are beholden by the government and we should follow all the regulations they put on our asset operations.

The payment made through Bitcoin is through a private network and it doesn’t have to do with the government fiat system. All the transactions through Bitcoin are recorded in the completely private blockchain ledger. You cannot buy a bitcoin in a central bank or government fiat currency system. But you can mine it on a computer through an algorithm in the blockchain. You can buy Bitcoin using the standard fiat currency which will be then placed into the Bitcoin wallet which you can access through a computer or your smartphone.

Now that we know how it works, it is time to know the advantages of Bitcoin

Bitcoin can be controlled by the user

As we know, our asset in the bank is controlled by the bank through some rules and regulations. The government central bank can be vulnerable to the economic status. This means that users cannot control their assets. But at Bitcoin, the user can have their money in their control without linking to any government policies.

Transactions through Bitcoin are private

Usually, we can see that most of the online transactions need to put the identity. For example, if we need to send money to any other person, we need to provide ours as well as the receiver’s identity. Also, we know that online purchases also need to reveal their identity. This verification process may be necessary for security purposes, but we need to give control over identity to those online third parties.

But Bitcoin transactions are private, which means it doesn’t need any identity proof. Only the transactions are identified in the blockchain ledger. Here the username can use any number of names or addresses for their single bitcoin wallet. There is no need for an IP address to make a transaction through Bitcoin.

Bitcoin payments are purely based on peer-to-peer which means we can send or receive the payments to anyone in the world through the network. If the transaction is regulated by exchange, that transaction does not require any middleman authority.

Bitcoin users are not subjected to any transactional banking fees while the fiat currency exchanges need to pay the transactional fees on every transaction. There is no overdraft fee, no maintenance fee, no minimum balance fee, and no deposit fee in Bitcoin.

Most of the payment methods charge high transaction or exchange fees for international payments. Since there are intermediary agencies in Bitcoin, the international transactions are lowest or you can say negligible. Also, it offers faster payments.

If you have internet, you can buy Bitcoins from anywhere in the world. You do not have to go to a bank and do. Moreover, the transaction does not need any personal identification.

Blockchain transactions are irreversible and cannot be altered by any third party. With this characteristic of Bitcoin, anyone cannot file a chargeback. If you want to have the transaction reversed, the receiver should send it back to you.

As told earlier, blockchain transactions are more secure than any bank transactions. It means, no thieves can take away your asset. The only access to the private keys of the wallet can make someone hack your asset account. This is why it is considered the most secure network technology.

You can operate your Bitcoin wallet, like mining, sending, receiving, buying, and selling through a smartphone or a computer. You do not need to pass by any traditional banking system or use any other payment method.

Which major companies in the world accept Bitcoin as a payment method?

Microsoft: It started Bitcoin payments in 2014. they are accepting Bitcoin payment for their apps, games, and digital things for Xbox and Windows phones.

PayPal: The intention behind accepting Bitcoin as a payment method is to draw customers to their platform.

Overstock: It is the first major retailer company to accept Bitcoin as a payment method.

Other than those companies, Etsy, Starbucks, Home Depot, Whole Foods, etc. are accepting Bitcoin payments. However, many factors are affecting Bitcoin payments, such as environmental concerns, transaction fees, and volatility. But some giant companies believe in Bitcoin and accept it as a payment method.