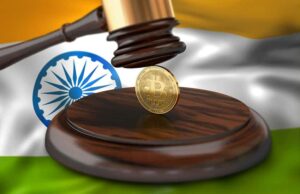 According to crypto experts, the government might allow trading and investing in cryptocurrencies with few restrictions. Experts say that it is not possible to ban cryptocurrencies completely. Since crypto tradings run on blockchain technology, revolutionary technology is giving new wings to the financial market. The decentralized feature of blockchain separates it from other currency systems that come under an entity.

Edul Patel, CEO, and Co-founder of a global algorithm-based crypto investment platform Mudrex said that the complete ban on cryptocurrency is not possible, but a partial ban on transactions can be. It is because the cryptocurrency system does not come under any government or such entity but under the crypto community. 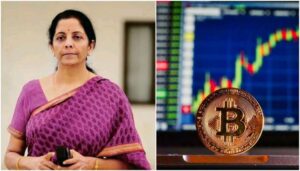 The growing volume of cryptocurrency had raised concerns for global banks. In 2021 October, the growth of the crypto market showed up the risk factor globally which is a threat to global finance. However, there are some international models to control such risks.

The government of Turkey, last year during the inflation status, attempted to ban crypto in the country. But the plan was not successful. Turkey allowed cryptocurrency trading but had banned payments. It is because, in April 2021, there was high inflation and at the same time, Bitcoin was on top. All goods buying or selling was happening through cryptocurrency. This had disturbed the financial system of the country.

Nigeria’s central bank had banned cryptocurrency transactions in February 2021. Also, they had a decision of closing all the bank accounts which use cryptocurrencies. However, the crypto market got expanded as crypto investors bypassed centralized exchanges and relied on P2P trading methods.

Now the Nigerian Bitcoin market is considered the second largest in the world that traded around $2.4 billion cryptocurrencies in May 2021.

In South Korea, the financial services commission had restricted linking bank accounts to cryptocurrency trading and also had banned ICOs in 2021. The new legislation rules have been tough for banks to deal with crypto exchanges in Korea. This has faced a strike from crypto enthusiasts and the process of banning made crypto people sue the government.

The government could not enforce the rules on the crypto market as people found different ways of crypto trading as there were abundant Defi channels to do so.

China was trying to ban cryptocurrencies since 2013 but was able to do so in the year 2021. However, trading and transaction processes were restricted from 2020. Despite the ban, the crypto activities had grown in the year 2020 illegally.

In the year 2020, China recorded 3rd rank in cryptocurrency activity from illicit addresses. Even though there was a ban on crypto trading in the year 2020, China stood first in Defi user numbers. There were 33,000 blockchain registrations in 2020 and Uniswap transactions recorded were 400,000. Industrial operations still use crypto mining through stealth modes and the home-based miners switched to GPU crypto mining.

Similar to these countries, India is about to produce its cryptocurrency bill which was supposed to be released on November 30 but waiting for cabinet approval. The bill is not listed in the ‘List of Business’ of the Lok Sabha. However, as per our Finance Minister, the bill is introduced in the house after the cabinet approval.

The crypto industry in India is waiting for a positive response from the government. They just hope to get some restrictions on investing and trading in crypto rather than a ban. The prediction around the crypto bill is both positive and negative. The crypto bill is one of the things listed to introduce in Parliament during its winter session.

The senior BJP leader and Rajya Sabha MP Sushil Kumar Modi raised the question about shutting crypt ads. He said, the crypto exchanges have spent loads of money on crypto ads during the last world cup cricket match and these are misleading people for heavy losses.

The finance minister said that the bill was proposed last time but there were other important bills to pass. This is why the cryptocurrency bill is still in pending status that will be introduced soon.

About the crypto ads, the finance minister said, it will be looked after by the Guidelines of Advertising Standards Council of India and if it is that necessary, we can interrogate into the matter too.