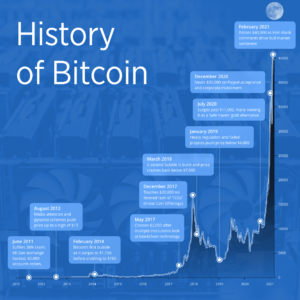 The news is trending! Yes, Bitcoin at its best! The current Bitcoin price is 47,84,086.42, a record high rate. It is believed that this price is fuelled by the launch of bitcoin futures ETFs. The beginning of bitcoin was humble pricing around $0.0008 to $0.08 per coin in July 2010. The ride of the bitcoin since then was amazing and now it’s on the way to its all-time high verge. The success path of Bitcoin was not smooth, it fell, spiked, crashed, and rose again. Here you will know the exact path bitcoin went through.

The idea of bitcoin was initiated in 2008 by an unknown person who was named Satoshi Nakamoto, who was a student in Illinois and was studying cryptocurrencies and blockchain technology. This person had posted a message on the cryptography mailing list which said, “Bitcoin P2P e-cash paper”. In this list, there was a link called, “Bitcoin: A Peer-to-Peer Electronic Cash System”.

In this listing, Nakamoto proposed the idea of Bitcoin and decentralized digital currencies. Decentralize in the sense, it is not managed by a single entity but will be managed through a public ledger. That means any investor can store the data on their disk. Without any intermediate person, one can send the coins from one to another through the P2P bitcoin network.

The blockchain system was launched on January 03, 2009, and the first block of it was called the genesis block. One week later of this, the first test transaction was recorded. According to sources, for the first few months, this block was accessible only by investors to validate the bitcoin blockchain.

Even though blockchain technology was introduced, Bitcoin had no monetary value at this point. Many were using it to transact the bitcoin to check the legitimacy and the accuracy of it for fun.

It merely took a year to get the first legitimate economic transaction which was through a Florida man to buy a Pizza valued at $25. He used 10,000 bitcoins to get the pizza delivered. This was in May 2010 and from here onwards, bitcoin gained its real value. The same transaction would cost $114 million today! And to mark this milestone of Bitcoin, they called May 22 Pizza day.

After the successful launch of the first crypto Bitcoin, miners started to develop other cryptocurrency networks like Ethereum and Litecoin. Also, they improved the coding of the Bitcoin blockchain to use it for other purposes. This set of applications brought new miners into the network who contributed to raising the price of Bitcoin.

In 2010, Bitcoin was made available through exchanges which made the process of buying, selling, or trading easier. The evolution of exchanges made the price of Bitcoin go against the US dollar. The price of a Bitcoin was as low as a few cents in 2010 and, in 2017, it went all high to $20,000. This continuation of the price hike has made Bitcoin No.1 in the cryptocurrency market.

The price history of Bitcoin 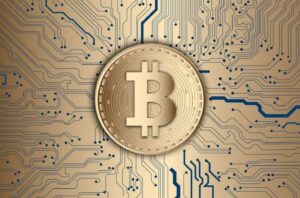 Bitcoin growth was considered to be a historical phenomenon as the world was going through inflation. In February 2011, Bitcoin reached $1 and in June 2011, the price of Bitcoin suddenly jumped high to $31. Once again this price went down to single-digit later. These ups and downs have made a remarkable milestone in the history of Bitcoin.

In mid-December of 2017, the Bitcoin price was $19,650 and the price was different at different exchanges. It again fell drastically in the next few years. At the end of the 20th century, few veteran marketers called the Bitcoin success of 2017 an internet boom.

At this moment, everyone started to talk about cryptocurrencies and mainly about Bitcoin. Also, many got interested in this new network and protocol. The Initial Coin Offering (ICO) craze spread all over like wildfire. Due to the unbelief of some investors in cryptocurrencies, digital coins saw a drastic fall in the early months of 2018. The biggest country in the world is now offering Bitcoin and is active throughout its 50 states.

These developments made the crypto world mature. More exchanges made their way into cryptocurrencies and the big players of the crypto world took the necessary measure to make this sustainable and viable market ever for trading and investing.

And the digital currency saw a boom in the recent pandemic period and the price went up to more than $10,000.

The recent price picture of Bitcoin 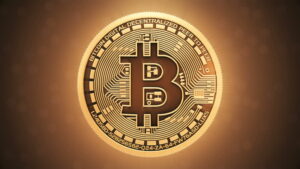 Bitcoin has lost its value to 80% in the 2018 crash and investors took it seriously to work on the security around the cryptocurrency. The RBI in India also issued regulations to banks to facilitate cryptocurrency transactions. The biggest scam Bitconnect happened in the same year which duped investors for nearly Rs. 14, 880 crores.

However, the value of Bitcoin got quadrupled at the end of the year 2020, reached the all-time high of $28,000. RBI set aside the cryptocurrency circular in May 2020.

Bitcoin saw the most ups and downs this year. The energy consumption of Bitcoin had moved Elon Musk to support Dogecoin which had affected the Bitcoin price. Dogecoin had become Rs.15.11 in August 2021. Bitcoin reached its peak high of $65,000 and then crashed drastically in May 2021. Then in August 2021, it recovered to $40,000.

Now, in October, Bitcoin is showing its high peak of $66, 400 and the investors are quite surprised by the milestones of Bitcoin. Bitcoin’s price has more than doubled since July’s low and it has reached its record high.